On June 3-4 the ‘May 32’ festival has taken place in Severodonetsk and Schastie under the support of Charitable Foundation ‘Vostok-SOS’. According to organizers and guests of event words the initiative of volunteers was successfully realized and guests of a holiday of creativity and development didn’t want it to finish. The authors of an initiative shared the details with Informator.media correspondent.

Festival consisted from few locations, at which was possible to get acquainted with interesting lecturers, musicians and artists, to learn cultural projects management, to find new friends and points of internal growth. The organizers of an event were Charitable Foundation ‘Vostok-SOS’, cinema club ‘Fonar 42’ (Light 42) and ‘Eco square’.

The coordinator of CF ‘Vostok-SOS’, co-organizer of a festival Julia Krasilnikova told that holding of ‘May 32’ festival is a merit of a huge number of people. 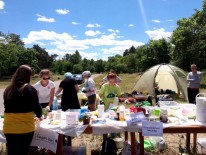 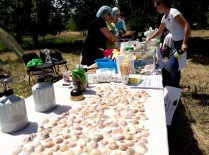 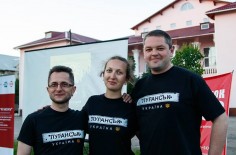 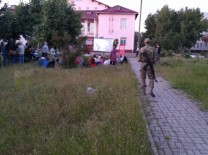 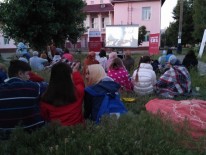 ‘It’s Severodonetsk and Kyiv crews of ‘Vostok-SOS’, cinema club ‘Fonar 42’, ‘Eco square’, ‘HochuBudu’ (WantWillDo), a lot of local organizations, activists, artists and volunteers. To some extent, it turned out a festival of self-organization, because without participation and efforts of local partners, the event wouldn’t become so scale and atmospheric’, Julia emphasized.

The program of ‘May 32’, Severodonetsk

— The rights of a child 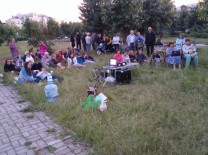 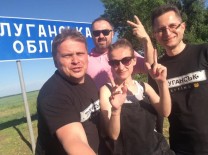 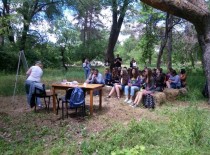 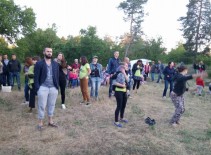 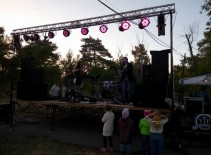 — Series of installations from Severodonetsk artists

According to words of co-organizer of a festival Julia Krasilnikova, nearly 1000 of people visited different locations during all time. 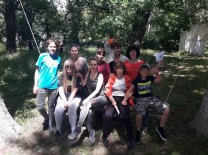 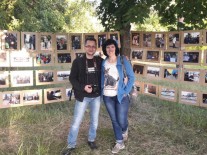 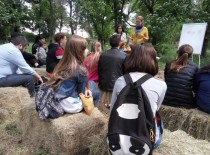 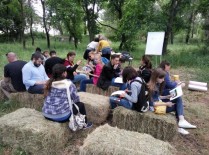 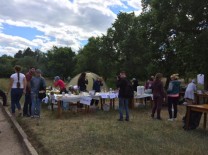 ‘Children’s developing space became very popular. Kids of a different age did party hard with animators, create a beauty at master-classes, ran, had fun and really developed. Neaply 30 children from frontline Toshkovka, Zolotoe and Vrubovka were at lectures of street University, played in Mafia and board games. Art-installation was created with festival guests unplanned’, Julia Krasilnikova told.

Moreover, musicians were working at the stages in time of holding a fest, creating holiday mood. Also, it was great possibility for the guests of an event to dive in the atmosphere of joy and creativity.

According to her words, ‘the day was so saturated that it seemed that there were no power for the festival of cinema at night’. 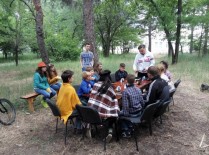 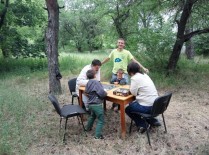 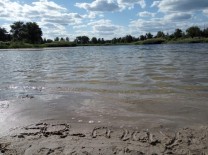 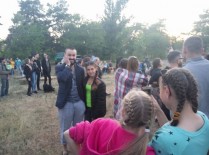 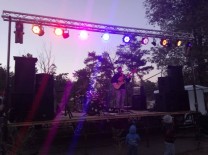 ‘But horrible night cold added owns atmosphere. Our volunteers organized a fireplace to save ‘survived to the morning’. Such festival format is new for Severodonetsk, but, I feel, that the interest to it is here and we need to continue’, added the organizer of ‘May 32’ festival.

She emphasized that night film screening, dedicated to the International Day of Protection of Children, was held in Schastie in the ranks of festival of youth films ‘May 32’.

We would remind that /May 32’ is the annual Luhansk cinema festival, which is targeted on the attraction of the attention of society to the violation of rights of a kid in Ukraine. This year volunteers have expanded conceptual borders and formats.

The festival in Schastie was presented by night program – it was open air cinema.

‘Initially the idea of a festival was to attract dwellers to the discussion about fate of children of vulnerable categories (refugees, orphans, ‘street children’) and information about problems. Today in Ukraine those, whom war touched in one way or another, were deprived their childhood. War has taken away our voice in Luhansk, but it won’t take off forces and wish to struggle with injustice. ‘May 32’ is the festival about people and for people’, the organizers of an event reported. 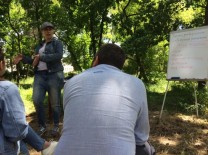 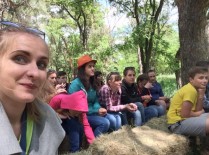 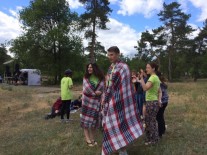 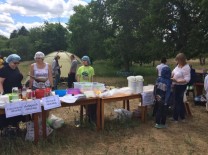 The program of festival in Schastie

The program of ‘May 32’, Severodonetsk

Memory square (Mira street opposite side of the House of Culture)