The blogger, writing under a nickname Krymsky banderovets (Crimean Banderaman) has reported last news from occupied peninsula and Sevastopol. Locals assure that it’s getting worse to live under ‘sensitive government’ of Russia.

Here are the information from Krymsky banderovets (ыpelling and punctuation are original):

Answers: ‘I didn’t understand, where’s my money? Did you mix up an address? I didn’t get anything. Have you sent a lot?, ‘Stupid durk post’, ‘Oh, Lord! So, move away to Turkey! Nobody forcedly brought you to Crimea!’, ‘Address all your speech to authorities, not to us! Or you think that we’re glamorizing here?’, ‘We are like cattle and don’t give a f…ck’, ‘Headmasters are all from the times of Party of Regions. So, they continue to pull everything themselves. And as our simple people were getting 1500 UAH (~$200 before the Revolution, now ~$60 – ed.), so they’re getting the same amount now, considering such a fact that prices with pre-Maidan are 1:10. So, those who’re paid 15 000 RUR it’s 1500 UAH the old way’, ‘Don’t come to us, we’re not waiting for you! Become too choosy? Go past us!’, ‘Where are you from, a good man? From what hole you come to us, our breadwinner?, ‘It’s unknown who feeds whom! Continental dealers are actively buying up land, sanatoriums and boarding houses at bargain prices. They know scoundrels, that when bridge (Kerch bridge – ed.) will start to function, the price for land will harshly increase! Krasnodar region has normally risen, selling shitty and substandard food and vegetables! You’re not paying now for Black Sea Fleet. So, shut up! Everyone needs to pay for joy!’, ‘Go f…cking away from Crimea Did people guilty in everything?’, ‘Holy shit! Overfeed’. 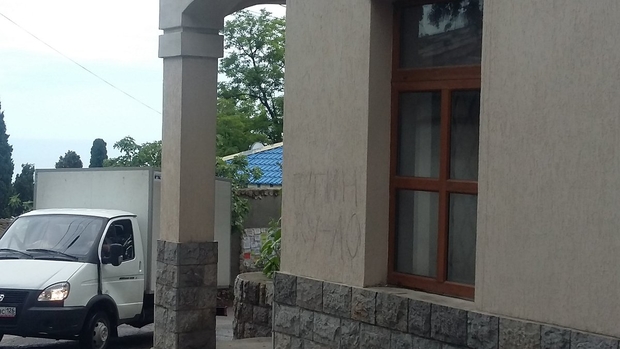 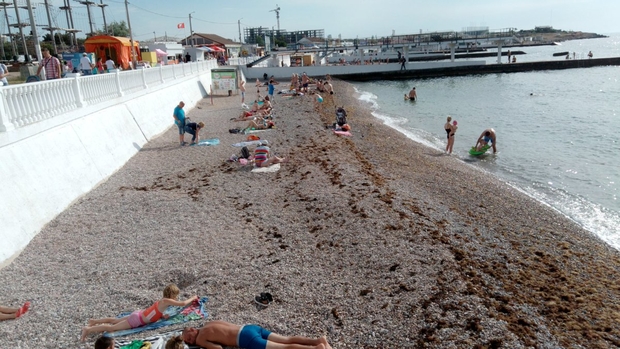 P.S. Traitor wakes up at night in a cold sweat. He had a nightmare. The traitor can not come to himself for a long time. Something continues to bother him. And here, straining the two working convolutions with all his might, he thrusts his hand under the pillow and gropes there a Ukrainian biometric passport. Traitor keeps calm. Palpitation comes back to normal. He knows that today at midnight the visa-free regime between Ukraine and the EU will start. The traitor goes to sleep. He is no longer disturbed by nightmares. He dreams of the flag of the European Union against the background of “Ode to Joy”, the Ukrainian Trident, the airport ‘Borispol’ and the streets of Paris …