Ukrainian journalist Andrei Tsaplienko has reported that SBU Counterintelligence conducted a special operation and detained a friend of ‘Motorola’, ‘Givi’ and ‘DPR’ leader Aleksander Zakharchenko – Colonel of the Airborne Forces Valery Gratov. He is the ex-head of a personal security of the ‘president’ of unrecognized Pridnestrovie and also an acting instructor of NGCA fighters.

‘He thought that everything will pass by. He made such a trick a lot of times. He got the passport on the name of Valery Voitenko in his pocket. An inconspicuous pensioner, a modest labor veteran. Ukrainian passport. Well-made master of his craft. It was necessary only to shake a crust with a trembling hand, with a cursed trident in the window. Shyly smile and embarrassingly joke with the ‘frontier guard’ in the booth. Endure a few minutes of idiotic performance. To turn on the other side into a real Russian colonel. Strong, strong-willed. Former head of personal protection of the president of the unrecognized Pridnestrovie. An acting instructor of NGCA fighters. Closer friend of ‘Givi’ and ‘Motorola’. But he failed’, Tsaplienko wrote on his Facebook page. 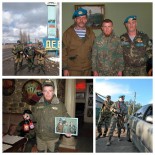 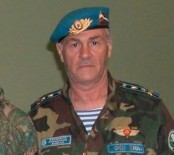 According to data of journalists, a well-known paratrooper Colonel Valery Gratov failed on the transition from Ukraine to Pridnestrovie.

‘Ukrainian Counterintelligence received the data about FSB RF intention to appoint owns person a Deputy Minister of the ‘State Security of Pridnestrovie’. The main point is that he must be a professional Russian military man with experience of military operations. In Donbass. At the fighters’ side – Tsaplienko continues – Such man was found quickly enough. Gratov Valery Alexandrovich. Russian officer-paratrooper, seven years in a row guarding Pridnestrovie leader Igor Smirnov. After the end of ‘Smirnov’s epoch’ the chief security guard moved to Moscow. Colonel Gratov has been being in Donbass since 2014, officially he is the head of the ‘Union of paratroopers of Donbass’.

Journalist also refers at the instruction, which was transferred to Donetsk from Moscow by Colonel Gratov already at the beginning of 2014, when it seemed that it was possible to avoid a war.

Instructions contents hints to militants, how to avoid punishment. Spelling is saved: ‘

‘An armoured personnel carrier шы necessary to burn the wheel with cocktails on one side. Accordingly, the groups should be far not only in the regional state administration, but ALREADY wander around the city in civilian. Urgently everyone with bottles of gasoline in one pocket and a handkerchief in the other pocket (there is no corpus delicti before sticking a handkerchief in the neck) on the roofs of houses around the RSA – they should just WATCH and SEE the cocktails on the heads of the Junta’.

‘He was one of those, who was sent here to kindle this war – Tsaplienko notes – First, with Molotov cocktails. Then something heavier and more powerful. In the summer of the fifteenth, Gratov was filmed on a block-post, in front of which a poster was erected: ‘Ukrops, welcome to hell!’ But golden words, truthful. The hell really began after the block-post. So Colonel ‘Sanych’ was sent from Moscow to equip and make it more comfortable.

Tsaplienko quotes also a letter of some commander of the so-called ‘military unit 08805’, the real gang in Donbass. This letter was sent to State Duma of Russian Federation. In particular, there are notes: ‘Gratov Valery Aleksandrovich is in the warfare zone of Luhansk and Donetsk regions from 29.08.2014 till this time. In particular, he was noted for accomplishing combat missions … Participation in hostilities: Luhansk, Alchevsk, Gorlovka, Makeevka, Donetsk, Snezhnoe, Ilovaisk, Enakievo, Uglegorsk, Debaltsevo

‘Pay attention on the date – August 29, 2014 – and on one of ‘Sanych’ Ukrainian route points – Ilovaysk. This is the time of a direct Russian invasion on the territory of Ukraine. The treacherous invasion of the very airborne troops of the Russian Federation, the uniform of which is carried by Gratov – the journalist writes – His portfolio has a lot of pictures with Donbass butchers. Dead and alive. Gratov with ‘Motorola’. Gratov with ‘Givi’. Gratov with Mozgovoy… Bezler… Zakharchenko… ‘Sanych’ gallery has nutz Basurin and tricky Purgin. But they are the actors of the second plan only supplement the brightest panopticon in which Gratov always finds a worthy place and takes photogenic poses… By the way, during the festivities the late ‘Motorola’ used to brag about his photo with Gratov. In one hand ‘booze’, in the other – a glossy ‘Sanych’. The camera stopped and this beautiful moment’.