Informator.media continues interview series with children, living near the front line. Only childhood, only dreams, only hardcore!

Nickolay, 13 years old. Hew as born in occupied now Stakhanov, lives now in the microdistrict of Zolotoe (Luhansk region). He goes to Sunday Protestant school and wants to become a video blogger to show Ukraine with his own eyes.

I’m a believer. God is the man who came to Earth to take away our sins.

Sunday school is interesting. Yesterday, for example, they talked about the Gospel.

If we repent, then God can purify our heart. Repentance is to tell your sins. Just telling all your sins,

it’s believed that you repented.

I was born in Stakhanov. Earlier we always went there to celebrate Birthdays. There was children’s park. But now there is now entrance, there are shots.

When the war began, we began to come to camps. We didn’t do this early.

My mother is a seller, and my grandmother worked as a nurse in a hospital, and then at a factory. Now – a housewife. We don’t live together with Dad. Mom doesn’t really want to live with him. 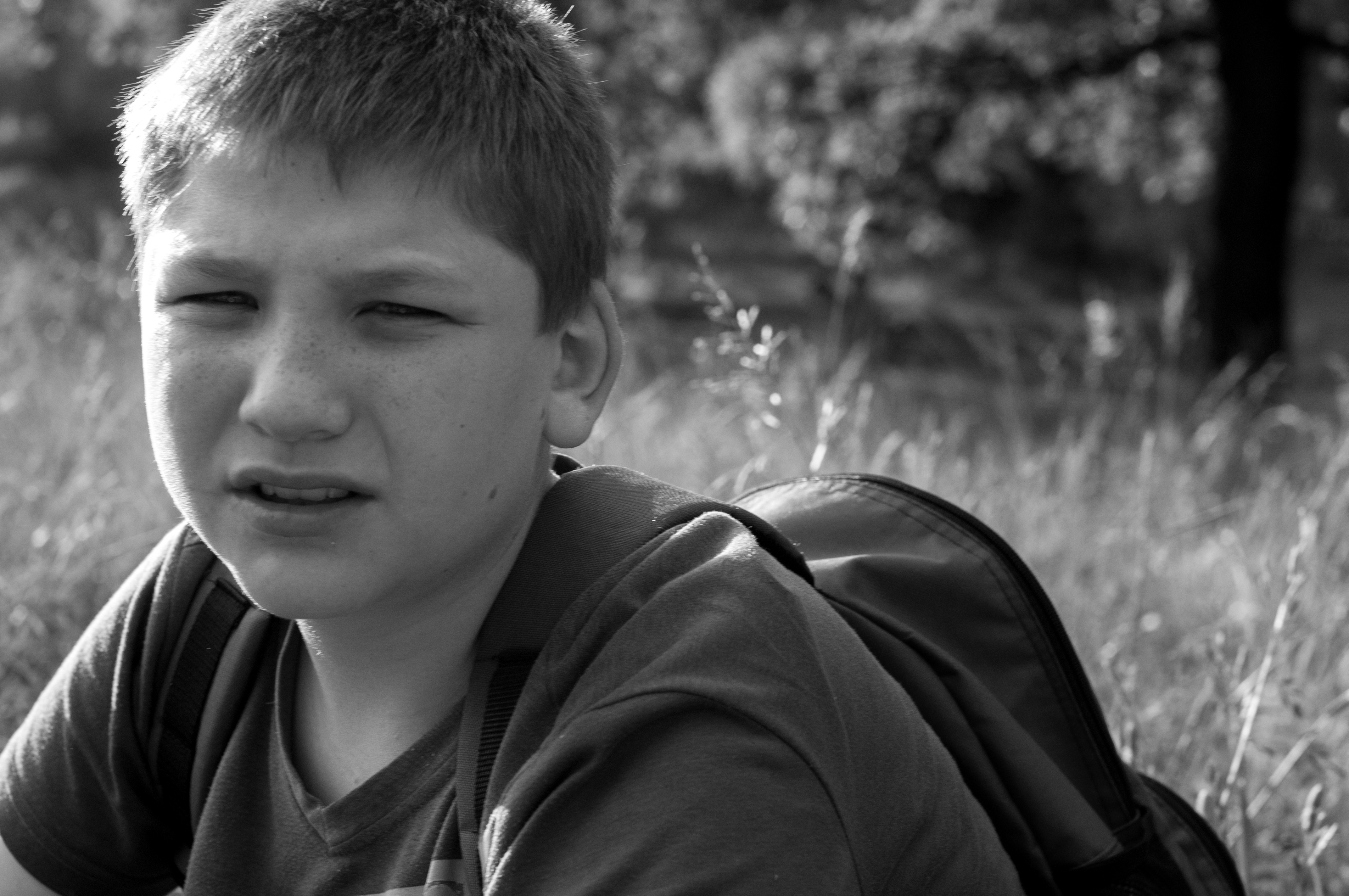 I feel adult, a year more and I’ll have a passport. I really don’t need it.

If our school No. 16 was normally equipped, as 5th, for example, it will be great. So-so school. They have a good gym, an interactive board. UNICEF gave the board in the 5th school, but didn’t give the same to us. We have nothing more than green board.

We need normal chairs. Earlier they were soft, and these are simply wooden. It’s impossible to sit and we have low desks. It’s said that they’re orthopedic, inclined. But everything is falling down from them. Board quickly scratches, badly wiped. We need smooth and comfortable desks. And the chairs are soft so that our teachers have. The toilet is quickly clogged, it’s uncomfortable.

I’m worried most of all by my classmates. They ask me to be twisted. On shoulders. I’m not uninterested in that. I leave them, they follow me, catch up me. The teacher tells them, but they’re still trying to touch. And they don’t care. We have two classes. “A” and “B”. Class “B” we don’t like. They do not understand either Russian or Ukrainian. Well, Russian is more or less.

I know English well, but ut for some reason I have 6 points in the report card. If I didn’t go anywhere for hospitals and camps, then I’d have 11 or 12.

I have bad sight, but I don’t wear glasses, because I always break them. I have something with my crystalline. The operation could be done only when I will be 19, when the transition age will end. It’s not understood what the reaction will be. At the age of 19, they will explain to me what kind of operation this is, and at least I will be able to understand something.

I have my favourite superhero. Deadpool. It’s Marvel.

He’s very interesting and has big eyes. He’s like a Spider-man, but more interesting. Also he has samurai swords. He’s also immortal. I would also like to be immortal.

My favourite school-subjects are informatics, biology and chemistry. By geography I like to teach cities and countries, their capitals. 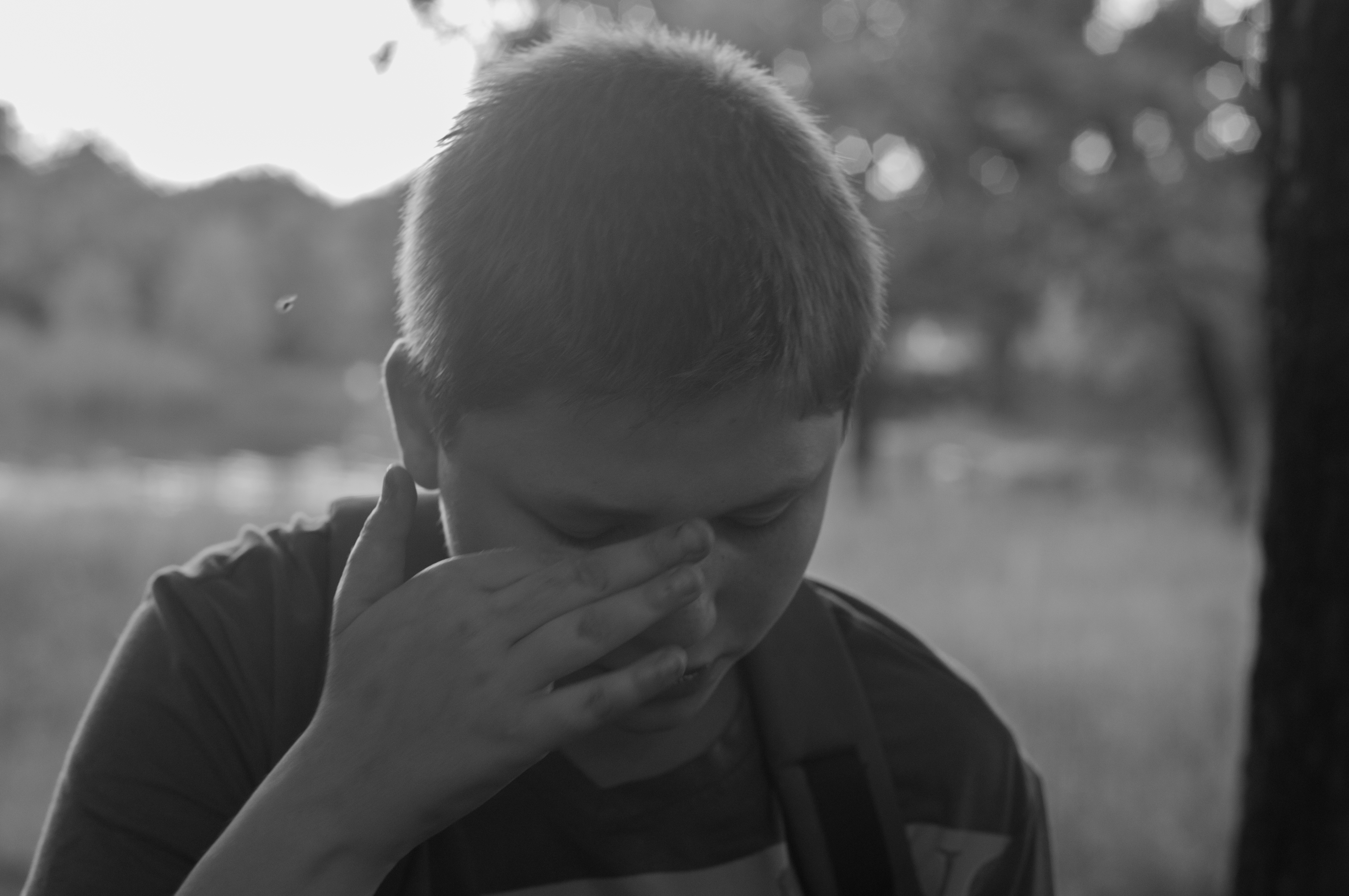 I want to go to Germany. They create a lot of cars, I want to see these industries a little bit.

I have a wish to travel all over Ukraine and to show something interesting. I like Lviv most of all. There are a lot of museums: chocolate and coffee, pharmaceutical…

On January 1, 2015 there were no hits in our house, only windows fell down. I survived that even from the summer, when they began to shell in winter, I was ready. My friend Sasha in the summer of 2015 halved his arm in half. Then it was scary. Mom wanted to send us to the psychologist, but I didn’t want to. Then I didn’t care. I then realized that if they shell, whatever. In order not to shoot, you need to reach out to the presidents of Russia and Ukraine. We need to go to Putin, let it all end. It’s because of Putin and Yanukovych it all began, let them take their Russians and leave.

My favourite book is about Harry Potter. I watched film and then read it. I’d like to be such a wand and to wave it. 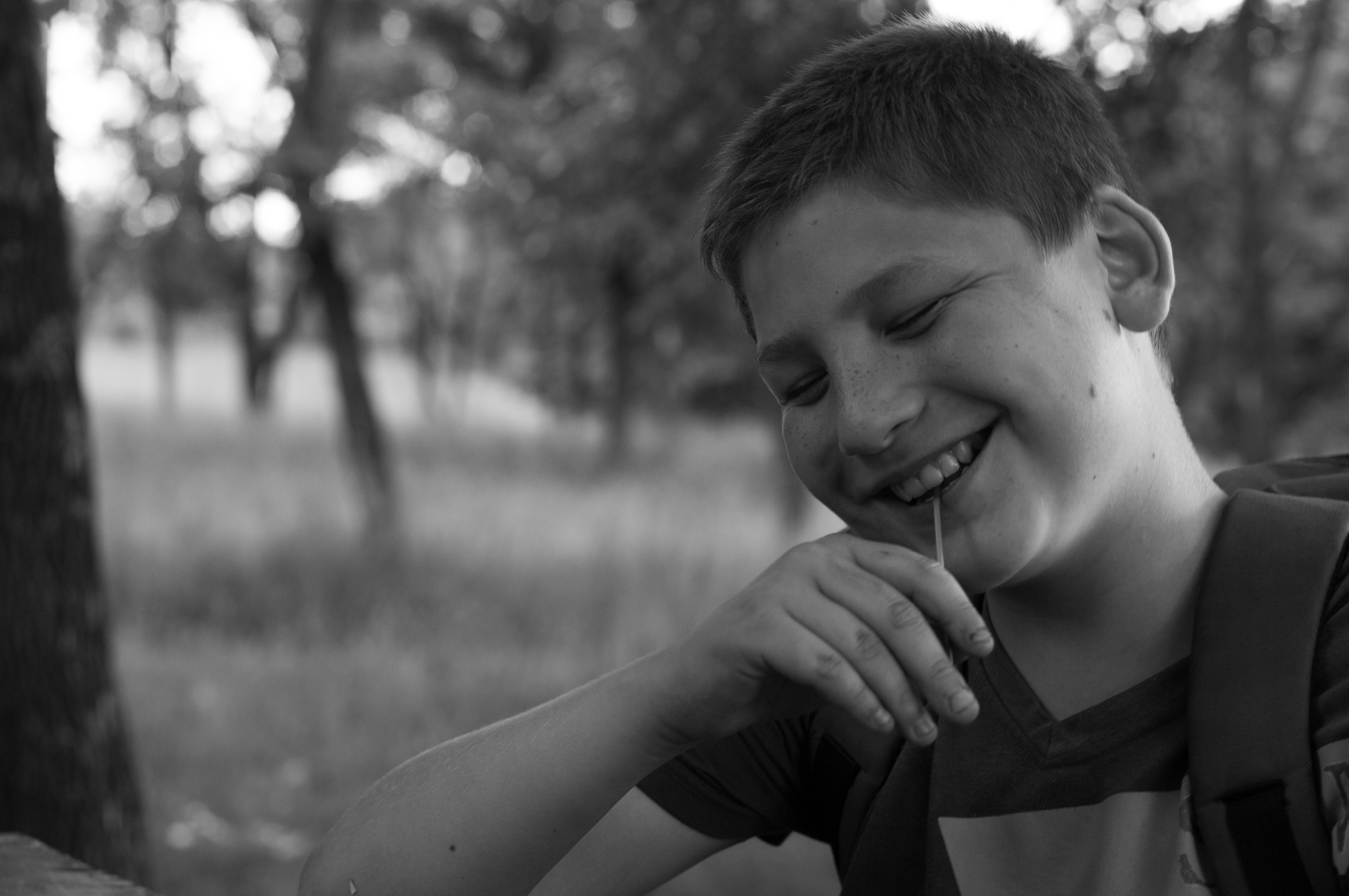 My favourite character is Jack Sparrow. Pirates of the Caribbean, do you know this?

I dream to go out of the lane of Ukraine, but now my fate is to be here and I live here. More, I’d like to have a normal mobile phone, because mine is being discharged so fast.

I’d like to become a cook. I can cook. Cook a confectioner, for example.

I like to be a confectioner. I can cook:

Fried eggs, pasta, dough kneaded, pancakes. Cream I can cook. Ice cream, too, I can myself, if there is a multivariate. Yogurt has learned a little. You need leaven for this.

My favorite dish is potatoes. Although fried, although not fried, at least parsed. It is always delicious.

I don’t like sweets and cakes. I like something with raisins and nuts. I will try cook for myself. I will try to cook borsch too, with my mother.

I had an offer to become a doctor, but I don’t want to, in spite of high wage. And there’s nowhere to study to be a medic. But you can study how to become a cook in Karbonit. Near ‘Cheburashka’ (abandoned building of kindergarten – ed.) – there is a college. Three-floor. Or I will go to Rubezhnoe to study. I don’t want to go to Kharkiv, it seems that there’s not so interesting.

I like to walk somewhere. I have my favourite place in Karbonit. ‘Bagiros’ – the abandoned cafe. I wasn’t inside ‘Cheburashka’ by the way. I don’t know how to get in. And there is nothing more to walk there.

And more I want food market to sell sweetnesses.

I don’t afraid of anything, except croaches. I don’t scare snakes at all.

If you’re frightened so simply go to sleep.

Listened and written by Nailya Ibragimova